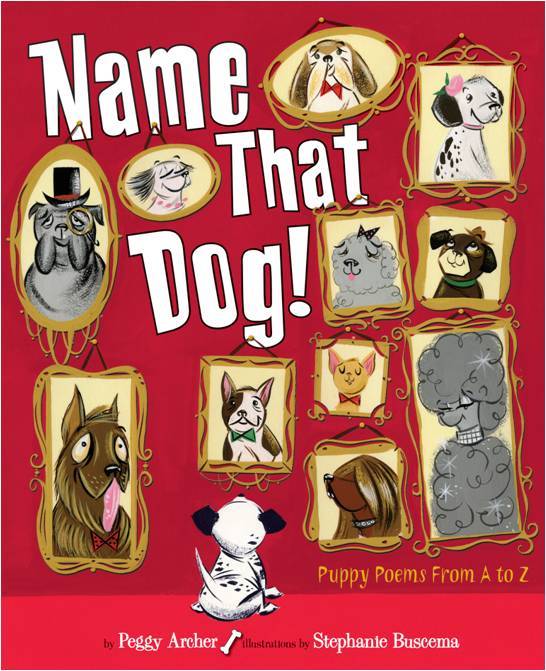 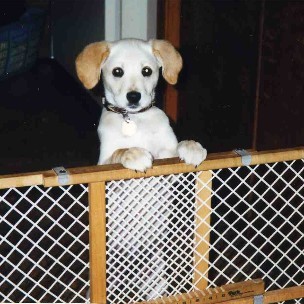 IT ALL STARTED WHEN we decided to name our new puppy Snickers.

My dog's a creamy caramel
With chocolate ears and whiskers.
She's just a little nutty, too.
That's why I call her Snickers!

More than half of the poems in this book were inspired by our puppy, Snickers!

Nominated for the 2012 Utah Beehive Award for Poetry

Got a new puppy and need to find the perfect name? In twenty-six poems, told from A to Z, meet dogs of every type and personality imaginable. Does the puppy love to nap in the flowers? Name her Daisy! Maybe the puppy slips his collar. He's Houdini! And don't forget Melody, a dog who howls and croons to any kind of music.

For pet owners and dog lovers alike, this funny, rhyming collection will be sure to inspire love and laughs for any puppy personality. -Dial Books

T.S. Elliot’s Old Possum has his practical cats; Peggy Archer has puppies from A to Z. This picture-book poetry collection presents a rogues’ gallery of pooches in selections designed to help an unidentified dog owner name his or her new pet. Whether the pups are named for personality traits (Chewy), appearance(Noodles), or a talent for predicting the weather (Thor), each of the 26 puppies bears a name that is uniquely its own. The poems, representing a variety of styles, read smoothly and are complemented by Buscema’s energetic, stylized illustrations. The layout is generous, balancing each poem with large images of the dogs that encourage viewers to giggle over and admire each pooch, and children will enjoy choosing their favorite dog. A great choice for dog lovers, this will easily find a place in elementary-school language-arts classes.
— Kara Dean

PreS-Gr 3–This bright collection of canine poetry also serves as an alphabet refresher and a pet-naming guide. Twenty-six poems bookended by an opening and closing poem feature dogs whose monikers generally stem from their looks, behavior traits, or personalities–Bandit, Chewy, Whiskers. Each poem represents a different type of dog, some common, some less so, and one “mixed breed/mutt” named Snickers. Colorful cartoon illustrations have a retro feel and show each pup living up to its name...–Julie Roach, Cambridge Public Library, MA

Pint-size Poetry
National Poetry Month may be coming to a close, but these books should please young poetry lovers year-round.

In this ebullient alphabet book of dog names, Archer’s catchy poems are well paired with Buscema’s puppies, whose boldly colored dog portraits have a retro style reminiscent of early Disney cartoons. There’s a black cocker spaniel named Elvis (“His ears look like sideburns./ His fur’s long and black./ And sometimes I wonder/ if Elvis is back!”) and a demure poodle named Noodles, who grasps a pair of chopsticks. A final poem, “The Perfect Name,” notes, “With all the ways to name your dog,/ when all is said and done,/ whatever name you give your dog/ will be the perfect one.” The canine pageantry should delight, while providing some good suggestions from Aspen to Zipper. Ages 3–5. (Apr.)

BOOKPAGE
April 2010
Mirror, mirror, on the wall: poetry books for one and all
Feature by Alice Cary

The fun continues in Name That Dog! Puppy Poems from A to Z. Peggy Archer has named each poem after a dog, such as a long-haired cocker spaniel named “Elvis,” who “wiggles and jiggles and dances around. He swings to the music with a rock ’n’ roll sound.” You’ll also meet “Houdini,” a mini-pinscher who escapes from his collars; “Melody,” a basset hound who sings; and a giant Saint Bernard named “Rex” (first initial: T). Stephanie Buscema’s artwork aptly defines the shining personality of each puppy. Buscema has worked for Marvel Comics, DC Comics and Disney, and her background is reflected in her lively, colorful illustrations, which are vibrant and sure to draw children in. Name That Dog! is a crowd-pleasing canine chorus.

Imagine the appeal of “The Puppy Channel” between book covers. The premise: Every puppy needs a name that’s perfect. A dog colored ‘creamy caramel/With chocolate cake and whiskers,” comes up a “Snickers.” “Jangles” the bulldog wears a multitude of tags and chains. The book is not illustrated with photographs, which might be limiting. Buscema’s drawings wiggle around the pages, making an “Elvis” or a “Houdini” come to life. Feel free to start the book in a cynical mood, but Archer’s zippy lines will disarm you.

Stuck for a name for your little pooch? Listen to all of the silly things these puppies do and you might be inspired too.

In this snappy A-Z of dog names, Archer celebrates the lovable quirks of 26 breeds and shows how, if given a little leeway, dogs will almost name themselves.

The title of each poem is a name that reflects the look or character of the breed, or something funny that happens to the dog.

There's the yellow Lab "Aspen," who is the color of golden marmalade and plays in aspen leaves, the Bulldog "Jingles" who has...

Every poem is matched with a playful picture of the dog caught in the act of being themselves...

Links to these reviews and others